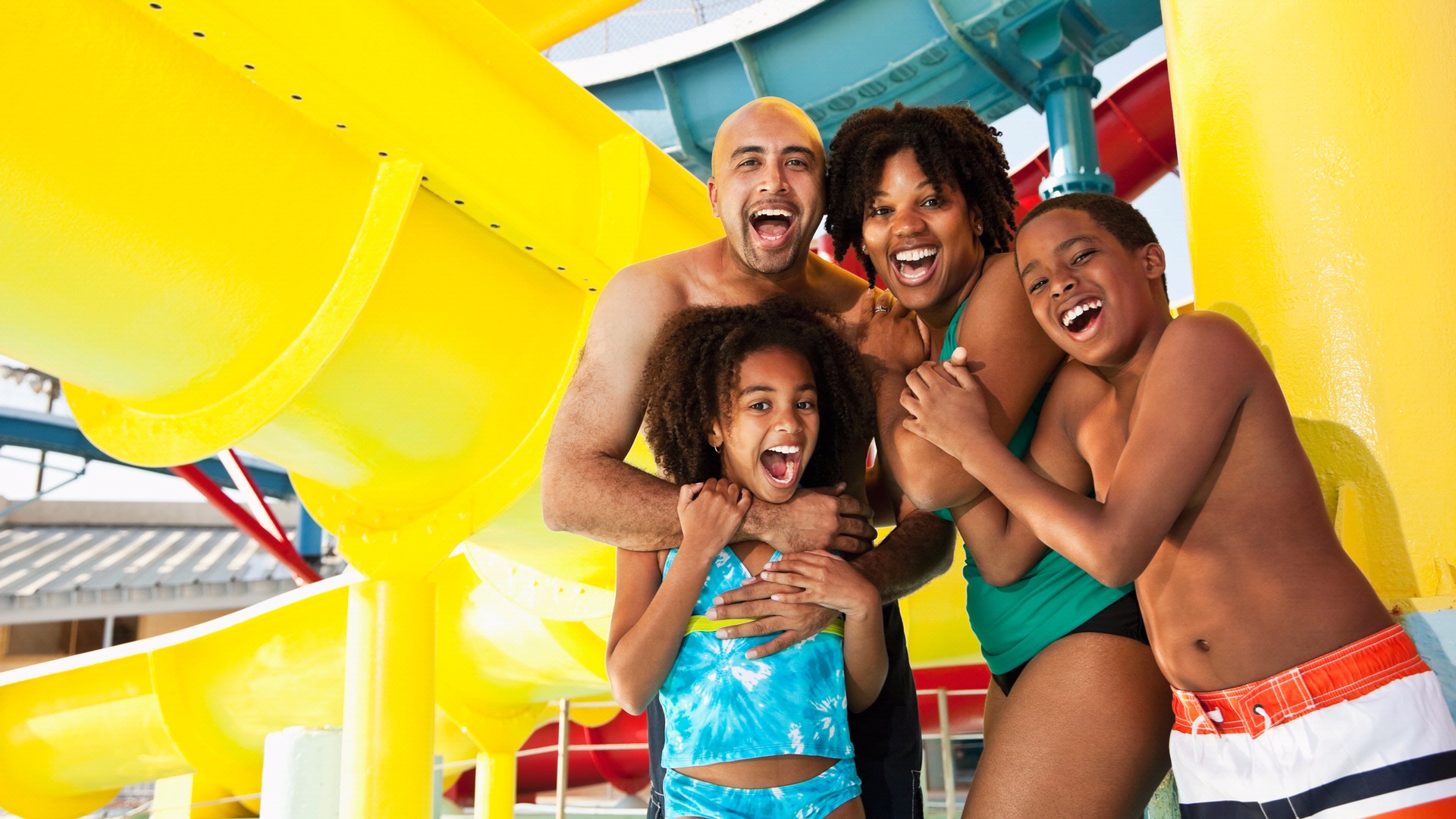 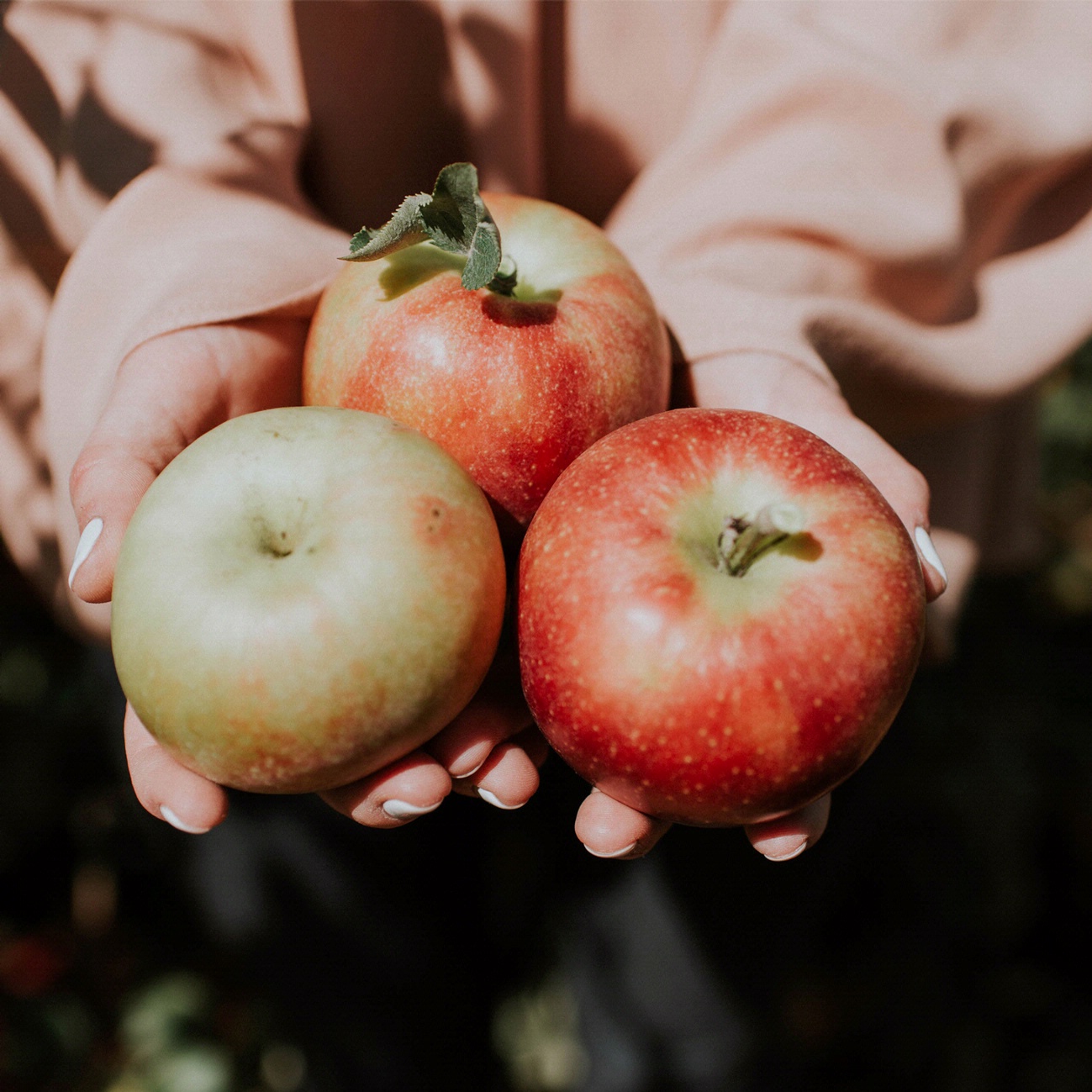 What better encore than cabaret and cocktails? That’s precisely the idea behind the Forestburgh Tavern. Located next door to the Forestburg Playhouse – the oldest continuously running summer theater in New York, offering on- and off-Broadway shows – the Tavern is something of an extension of the theater, offering additional shows into the evening, including their popular late-night cabaret series. Expect several of the same actors from the Playhouse’s mainstage performance – now just in different costumes to entertain the late-night crowd over drinks and dinner.

Don’t expect the typical farm experience at this 100-acre property. Sure, there’s the usual pick-your-own offerings of berries, apples, and pumpkins – as well as less common options like potatoes, currants, and kale – but what sets this 200-year-old family-run operation apart is all the additional agri-tourism options it offers. We’re talking amusement park-like features, like a farm-themed mini-golf course, “milk-a-cow” stations, a playground, and a giant “jumping pillow” (basically a huge inflatable trampoline).

Bethel Woods Center for the Arts

This performing arts center – home to a handful of performance venues, both indoor and out – is actually located on the site of 1969’s Woodstock Festival. While concerts from national performers like Incubus and John Mellencamp are the main draw, the other integral part of the venue is the museum that chronicles Woodstock and the 1960s. Housed in a beautiful LEED-certified green building, set back from the top of the Woodstock festival hillside, the permanent collection showcases period photos and posters, newspaper, jewelry and clothing, and a painted bus like the one made famous in Tom Wolfe’s The Electric Cool-Aid Acid Test.

The real name of this distillery – the first farm distillery in the state – should be called Catskill Distilling Company….& More. That’s because the campus, located a stone’s throw from the Beth Woods Center for the Arts, is home to more than just a distillery and tasting room.  There’s also an outdoor “sculpture park,” weekend bonfire events, a farm-to-table restaurant, and an art gallery housed in a historic farmhouse. 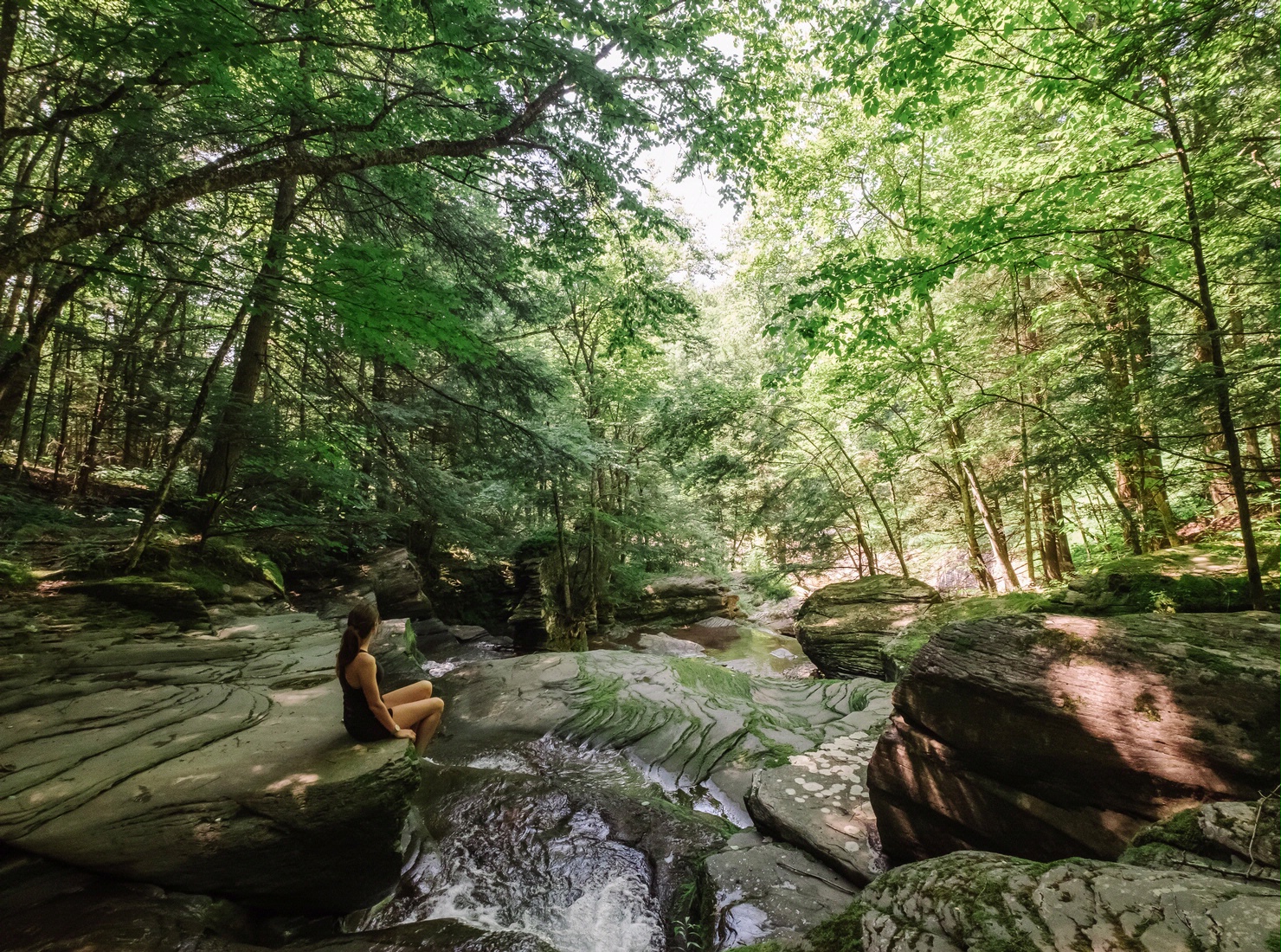 If you love northern Italian cuisine, you won’t be disappointed by this warm and welcoming restaurant’s mix of hearty pasta dishes, seafood, and steak (like the enormous 40-ounce ribeye for sharing) prepared with local ingredients. Save room for dessert – the ricotta cheesecake is to die for.

Finish off the evening with a drink or two at Harvey’s Wallbanger, Kartrite’s on-site bar and restaurant. Their signature cocktails and proximity to your room make it the perfect way to cap your first night in town.

This local hangout is the place for fast and filling classic Americana fare. Expect everything from pancakes to bread pudding, with plenty of savory options as well, in a diner setting complete with subway tile and shiny chrome.

Spend the afternoon at the hotel’s on-site waterpark, offering waterslides and waves all just steps from your room. Grab lunch at the Surfside Grill, which is right in the park itself.

Adults need playtime too! Head next door to Resorts World Catskills  for a dose of luxury entertainment. New York’s newest casino is home to thousands of slots, table games and live shows.

The Walnut Mountain Park in Liberty is just 15 minutes north of the hotel and offers 13 miles of trails that range from leisurely strolls to challenging treks up the mountain with amazing views of the Catskills.

Before you hit the road spend some time at The Kartrite’s family fun center, Playopolis! Conquer the Carabiners ropes course, scale the Scrapeskyers climbing wall, challenge your family to a game of laser tag or travel to a different world Virtuality experience. 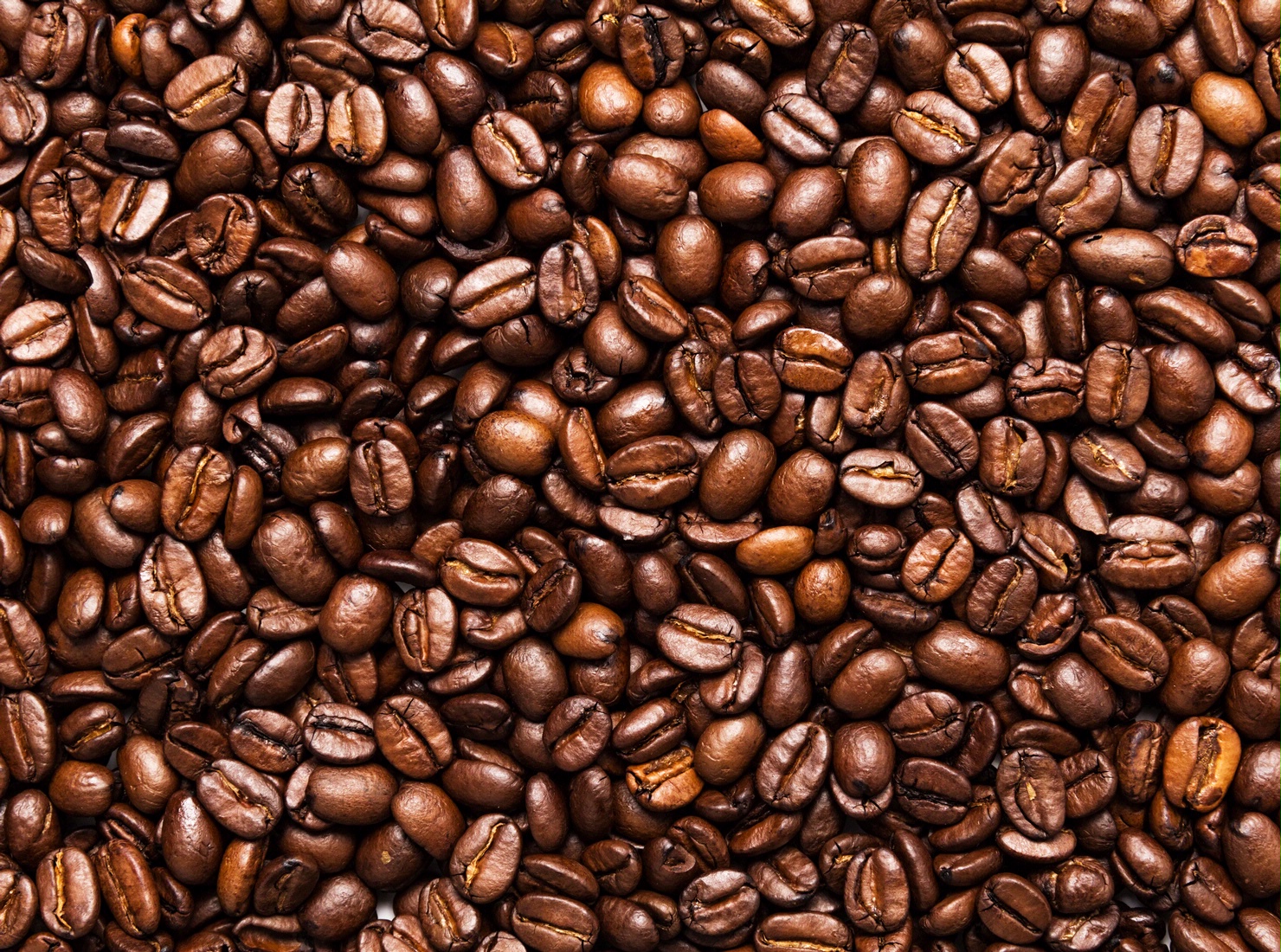 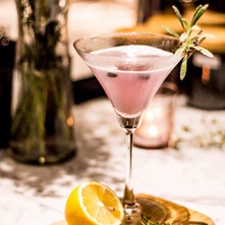 This distillery, located in downtown Roscoe, less than a half-hour from Monticello, keeps it simple with only three spirits on their roster. Samples of their vodka, gin, and bourbon are all available at their retro tasting room, where the bar is set up like an old-time general store (just instead of household goods, you’ll find lines of their spirits and tasting glasses). The cozy space also offers small bites and a seasonally rotating menu of craft cocktails. 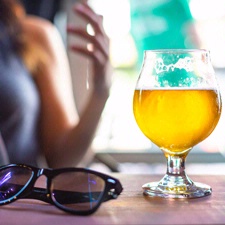 Located in a converted firehouse in the sleepy hamlet of Callicoon (about an hour away from Kartrite), this brewpub offers an antique bar in which to saddle up to 13 different types of locally brewed beer, including two made in-house: the Callicoon Cow Pale Ale and Callicoon Brown Cow Porter. 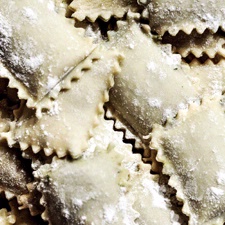 This small, family-owned shop and eatery specializes in numerous ready-to-cook fresh and dry pasta, including Tuscan kale fettuccine and shrimp gnocchi. But what seems to be most popular is their inventive line of ravioli, which uses local cheese and seasonal produce from the surrounding farms. Expect wild ramp or garlic scape in the spring; basil and zucchini blossom in the summer; butternut squash in the fall; and roasted garlic spinach in the winter. 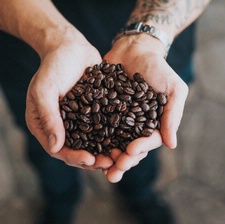 With two locations in the Catskills (one in Roscoe and another in White Lake), this coffeehouse roasts all sustainably-sourced fair-trade beans in small batches to highlight and maintain the quality and character of the coffee. In addition fresh coffee, you’ll also find specialty drinks, like iced chai, cold brew, and different kinds of espresso, and a small café menu. 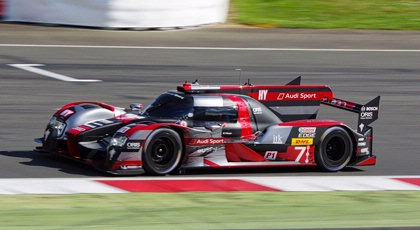 This private racetrack offers 4.1 miles of smooth race-grade asphalt, 22 turns, and 450 feet of elevation change. Non-members can sign up for the Taste of the Track program to test drive some of the world’s fastest race cars under conditions which are safe, controlled and legal. 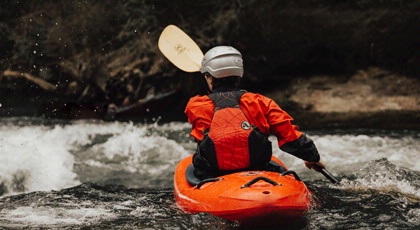 This outdoor adventure center in Barryville offers something for everyone, from canoeing and kayaking through the Delaware River’s tranquil sections to whitewater. There is also a 3,000-foot dual zipline and paintball fields to really get your heart pumping. 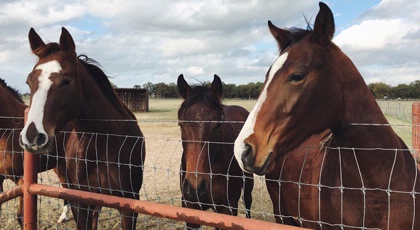 This equestrian center, just 10 miles from Monticello, sits on 20 acres of pasture and woodlands. Their instructors have something to share with riders of any level in their indoor and outdoor arenas as well as through their network of trails. 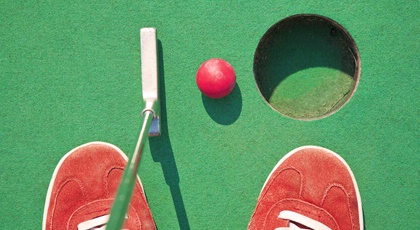 This old-school amusement park features traditional favorites like bumper cars, go-karts, mini-golf, and batting cages, as well as some unexpected attractions like a mechanical bull and, in the winter, downhill skiing.